Balance and Disorders of the Inner Ear 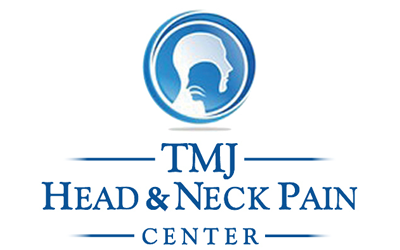 Saying, “I’ve fallen and I can’t get up” is something that we all have joked about, but it is actually a very serious matter.  Balance is one the leading health concerns of people over the age of 65 and more than 1/3 of this population suffers a fall in the United States each year.  If you don’t have good muscle strength and joint mobility, then you most likely don’t have good balance.  Balance is defined as a state of equilibrium characterized by the cancellation of all forces by equal opposing factors.  In other words, maintaining an upright posture while standing or moving.

Loss of balance caused by temporomandibular disorder is often not considered by those in the health community.  The tensor veli palatini muscle when tense will torque the eustacian tube and may cause dizziness or balance loss.  This muscle may release with injections to its neighboring masseter sphenomandibularis or anterior temporalis muscles.  I explain to my patients that when neighboring muscles begin to tighten, it is similar to the domino game in which one domino is pushed down, the next and then the next domino will begin to fall also.

Stimulation of the temporomandibular joint tissues is known to evoke a reflexive response in the tongue and other craniofacial muscles.  It can also stimulate postural reflexes initiated through projections to the brainstem’s reticular formation.  There have been multiple studies concerning the maxillary-mandibular relationship and its positive or negative influence on a patient’s posture when the proper vertical dimension is altered.

It was recognized decades ago that TMD could be casually related to episodes of loss of balance and published in the Arch Otolaryngol Head Neck Surg 1992, Chole Ra, Parker WS.

Vertigo can be caused by a disturbance in a particular part of the inner ear, particularly the labyrinth, which is an important part of the vestibular (balance) system. The labyrinth interacts with other systems of the body, such as the visual (eyes) and the skeletal (bones and joints) systems, which helps to maintain the body’s position in space. Besides the visual, vestibular, and skeletal systems that may contribute to balance disorders, the dental (stomatognathic) system may also contribute to balance disorders.  It is when all four of these systems are in coordination with one another that equilibrium and balance will maintain a proper gait and posture.

Dizziness is reported to be the most common complaint in patients over 75 years of age, with the elderly seeking treatment for dizziness more frequently than for hearing loss. Dizziness is defined as sensations of moving, including feelings of unsteadiness, wooziness, and lightheadedness.  People may feel like they are spinning, floating, swaying, tilting, or whirling. These sensations occur even when standing still or lying down.

What are other common balance disorders?

Tinnitus – buzzing or ringing in the ears (common TMD symptom that has been discussed in previous blogs), which can come with dizziness.

Labyrinthitis –inflammation usually caused by a virus within the labyrinth; this is the part of the inner ear that contains the organs of balance that may cause dizziness or imbalance.

Benign Paroxysmal Positional Vertigo (BPPV) – a brief, intense sensation of vertigo that occurs because of a specific positional change of the head caused possibly by a problem in the vestibular system of the inner ear.

Meniere’s disease – inner ear fluid balance condition causing repetitive attacks of vertigo and is accompanied by pressure in the ears, vomiting, buzzing and/or ringing, and a partial hearing loss which can fluctuate during an episode.

Determining the cause of a balance disorder and what treatment options are appropriate is always the tricky part.  Are there any underlying medical conditions?

If you are experiencing any of the above mentioned symptoms, then your first step would be to let your PCP know.  They will most likely refer you to an Otolaryngologist (ENT) who specializes in ear, nose, and throat diseases.  An audiometric (hearing) test will be ordered to test the patient’s ability to follow visual objects with their eyes and how the eyes respond to different types of information inputted into the vestibular system.

An MRI of the brain and/or a CAT scan will probably also be ordered to see the inner ear structures and nerve connections of these organs to the brain.

Dr. Jacob Elisha has over 30 years of experience in the field of dentistry, periodontics, and cutting-edge restorative techniques in Los Angeles, CA. Dr. Jacob Elisha is an authority in on TMJ Disorders. He has successfully treated patients with TMJ disorders in Los Angeles in the past and looks forward to the future.